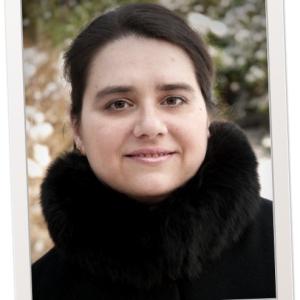 As  P R I Z E  W I N N E R  in the International Piano Competition in Padua, the International Piano and Orchestra Competition in Cantù, the International Franz Liszt Piano Competition in Utrecht and the prestigious Rachmaninoff Competition with the special prize for the best performance of the composer's Preludes and Etudes-Tableaux at only the age of seventeen, it is certain that the Russian-Dutch Evelina Vorontsova is a pianist of international renown.  After her performance in the  F R A N Z  L I S Z T  P I A N O competition in Utrecht (1992), the many following concert opportunities caused her to reside in The Netherlands and sustain a concert career from Amsterdam. Furthermore she continued her studies and graduated (1999) at the Conservatory of Amsterdam under Jan Wijn. From that moment on, she appears regularly in collaboration with international orchestras conducted by Sir Yehudi Menuhin, Lev Markiz, on whom Vorontsova’s playing left a deep impression. She has also played with Jan Stulen, Stewart Robertson, and Aleksander Wakulsky, and participates in many chamber music projects with Herman Krebbers, Sidney Harth, Valentin Zhuk, Igor and Vesna Gruppman, Vera Bets, Leonid Gorokov, Dimitri Ferschtman, Natasha Korsakova, Marina Shaguch, Leonid Kerbel, Sergei Ostrovsky, Jeroen den Herder, Micha Quint, Ilya Laporev, Daniël Rowland, Arturo Muruzabal, Timora Rosler, Anton Istomin, The Fransiscus Quartet and notably Boudewijn Zwart. Many of these collaborations and solo recitals took place in famous concert halls, such as The Concertgebouw, the Teatro Communale in Bologna, the Suginami Koukaidou in Tokyo, the Great Hall of the Moscow Conservatory and the Tchaikovsky Concert Hall in Russia. Aside from a career as a performing artist, Evelina Vorontsova gives masterclasses annually in countries such as France, Japan, Russia, Germany and Italy.

Due to the many projects  V O R O N T S O V A  has participated in, her repertoire stretches from Baroque to contemporary music. This wide and vast repertoire stretching from solo works, to chamber works, to concerti, combined with a total command of the keys, affects her playing in such a manner that she is often described as being able to paint a wide range of colours on the instrument. Furthermore, her cantabile legato and “ardent fervour” (Luister magazine, 2004) mark a clear Romantic approach to both interpretation and playing. Valentin Zhuk and Mikhail Voskresensky described her playing as “ with a deep singing and unique sound at the piano and with understanding of both form and style, she causes her to get-and-keep the attention of the audience”. And indeed, audiences are often deeply impressed by the flowing serenity of her music, finesse in pianissimo and lyrical prowess. Finally, via her own foundation ArtiMusica she initiates projects that focus on connecting different art forms and consequently connects people, art and culture in more ways than one.

Evelina Vorontsova was born in  M O S C O W , in a family of pianists. Once Evelina had received lessons from the famous Rudolf Kehrer, her father’s teacher, it was obvious for her to choose to become a concert pianist. Her first public recital was at the age of 6, and at the age of 11 she made her orchestral debut, her debut in the Great Hall of the Moscow Conservatory and her first TV-performance. Yehudi Menuhin, being impressed by her talent, would later acknowledge her talent by personally inviting her to play at his last festival. Subsequently, Evelina studied at the Central School of Music at the Tchaikovsky State Conservatory and the Tchaikovsky State Conservatory in Moscow, where she completed her undergraduate (1995) and post-graduate studies cum laude (1997) under the legendary    M I K H A I L  V O S K R E S E N S K Y  and Elena Kuznetsova. Their collaboration lasted for 12 years. 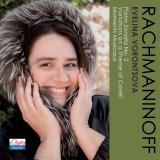 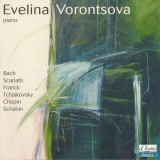